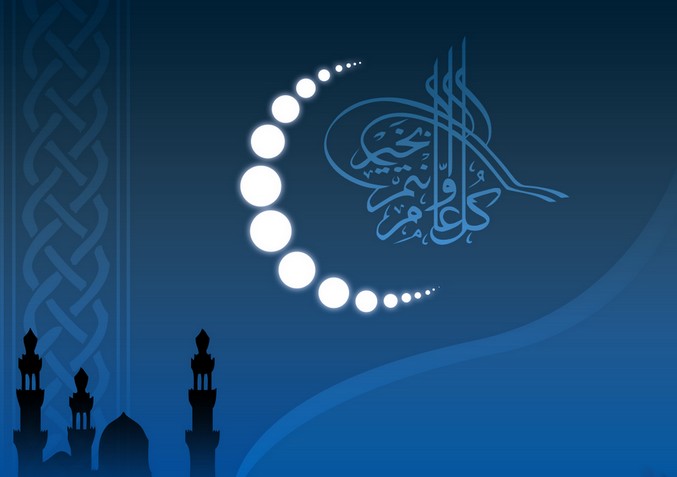 Moon sighting versus Moon fighting (A perspective from North America)

The Messenger of Allah (pbuh) said, “When the month of Ramadan starts, the gates of the heaven are opened and the gates of Hell are closed and the devils are chained.” narrated Abu Huraira (ra) (Al-Bukhari Vol. 3: No. 123).

The arrival of the month of Shaban offers a tired old subject to participants in Muslim events, even informal dinners and celebrations, and Internet chat groups: the day to start and end the month of Ramadan.

The issue of moon sighting has become moon fighting no less serious than the issue of chads and dimples on Florida ballots. In this case, both sides of the divide are divided over the question that what is really the ‘new’ moon. Interestingly, both sides of the divide base their arguments on the Hadith: “Do not fast unless you sight the crescent, and do not break your fast till you sight the (following) crescent.” (Al-Bukhari, Vol. 3:130).

Syed Khalid Shaukat, national coordinator, and moon sighting consultant to ISNA, expressing his disappointment over the issue, says: “In the present era of scientific and technological advancement, three decades after man landed on the moon, some Muslims are still avoiding the use of scientific knowledge for making an Islamic calendar and get over with the feuds and having to wait till midnight for a confirmation of moon sighting.”

He stresses that the results show that with today’s technology, calculations are far more accurate than the claims of sighting, which we all have experienced, that often people mistake other objects for the crescent moon.

Shaukat points out that calculations for sighting are surety (haqqul-yaqeen), while claims of sighting may be suspicion (zann) or mistake. He says that Allah (swt) has given us the knowledge about the motions of earth and moon, and an Islamic calendar based on calculations that has proven to match with actual sighting would enable us to plan ahead of time, while actual sighting will prove to be confirmatory. This, he says, only meets the intent of Qur‘an and Sunnah and its benefits greatly surpass the consequences faced by false claims of sighting and waiting for a decision until midnight.

The most misunderstood question is whether the sighting is a means or a requirement of ascertaining the beginning of an Islamic month. Shaukat says that the answer to this question is better understood by people in the Caribbean (Caribbean Islands, Trinidad, and Guyana) where they have a 6-month long rainy season and sighting is not possible because of clouds. If they count 30 days for 3 or 4 months in a row, the moon is then sighted on the 28th or 27th day. This, he says, is a clear indication that the Sharia did not intend the sighting as an only requirement but simply as a facility, that was the sole method available to the Muslims of that era.

The opponents of scientific calculations also cite Bukhari, Vol. 3:130, and maintain that the people at the time of the Prophet (pbuh) were illiterate and thus physical sighting was the method prescribed by Allah (swt) and thus cannot be changed. Among this group, there are differences on the number of witnesses needed for confirming such a sighting.

The Fiqh Council’s view that physical sighting must go hand in hand with scientific calculations finds numerous grounds in the Hadith. ISNA, which serves as coordinator of the ISCNA moon sighting program, has set up a system where people who claim sighting the moon call the headquarters. The scientists then examine this information and discuss the various nuances with the reporter to establish the veracity of his sighting.

The need for such dual sighting is only strengthened by the fact that in contemporary times when the skies are also inhabited by numerous man made objects that may befool the viewer.

The proponents of determining the start of Ramadan purely by calculations offer two main arguments. First, the Hadith “Do not fast until you see the crescent-moon, and do not break the fast until you have seen the crescent moon, but if conditions are overcast for you then enumerate for it.” [Bukhari] They cite the statement, “then enumerate for it” as evidence for the permissibility of calculation. Second, they say that calculations were not used during the Prophet’s time because the people were “unlettered,” however, we are now educated and advanced in astronomy, there is no harm in calculating alone.

The first argument cannot be sustained because if “enumerate” in the above hadith is in fact referring to calculation, it would only indicate the permissibility of calculations in overcast conditions. In addition, the meaning of “enumerate” is clarified by another narration of the hadith by Bukhari (also, Tirmidhi, Abu Dawud, Ibn Khuzaymah, Ibn Hibban and al-Tayalisi), “Then complete the number of [days of] Sha`ban as thirty.” [Nasb al-Rayah, 2/437-8] This hadith clarifies what is meant by “enumerate” in the first narration is to count thirty days, for the first narration is general and imprecise (mujmal), whereas the second is explicit (mubayyan), clarifying the imprecision in the first. Ibn Rushd says, “It is obligatory to refer the mujmal to the mubayyan, and this is the way of the scholars of usul, without any disagreement.” [Bidayat al-Mujtahid, 1/284]

The second argument about the people being “unlettered” is refuted by the fact that there were many among the Companions who were not only well read but also scholarly. In fact, what “unlettered” refers to is that the means for determining the month are simple, not requiring sophisticated science or education, equally accessible to all people, scientists as well as non-scientists.

Islam is a strong proponent of using reason. Today the fact is that astronomy can accurately establish the time of birth of the new moon, and the time interval when it is impossible to see the crescent-moon due its not yet being present. Thus, there is no harm in using this astronomical basis to reject a claimed sighting which cannot possibly be correct. Indeed, this is similar to rejecting the claim of someone who claims to have seen the crescent-moon on the twentieth night of Shaban!

In the same vein of using reason, Islam asks us to use the scientific method. Thus, if a sighting is reported when it was absolutely impossible for it to have occurred, it will be rejected, even if the one reporting it is an upright Muslim. This rejection is attributed to genuine misjudgment, which does not diminish the person’s Islamic uprightness and acceptability as a witness. Numerous renowned as well as recent and contemporary scholars support this view.
Universal Sighting?

The proponents of using the sighting in Makkah to begin Ramadan anywhere on earth argue that a sighting in one area is binding on Muslims in other areas as well.

However, the hadith narrated by Muslim, Abu Dawud, Tirmidhi and Nasa’i rejects argues against a sighting being binding on distant places. Thus states that Kurayb, who traveled to Syria encountered the start of Ramadan there on a Friday, upon return to Medina, informed Ibn Abbas that he had seen the crescent-moon on the night of Friday, and that the people in Syria, including Muawiyah the governor, had fasted on Friday. Ibn Abbas replied that they (in Medina) had seen the crescent-moon on Saturday, and that they would not stop fasting until they either saw it again, or had completed thirty days. Kurayb asked, “Will you not suffice with the sighting of Muawiyah?” Ibn Abbas replied, “No, that is how the Messenger of Allah (pbuh) commanded us.”

Also, we need to consider that just as Muslims around the world will not pray simultaneously, rather each area will pray based on the movement of the sun in their area. Thus, how could they start and end fasting simultaneously.

The presence of numerous hadith on this issue only indicates that even the Companions and their later contemporaries differed about the start and end of Ramadan, such difference did not cause disunity among them, and so there is no reason why it should for us.