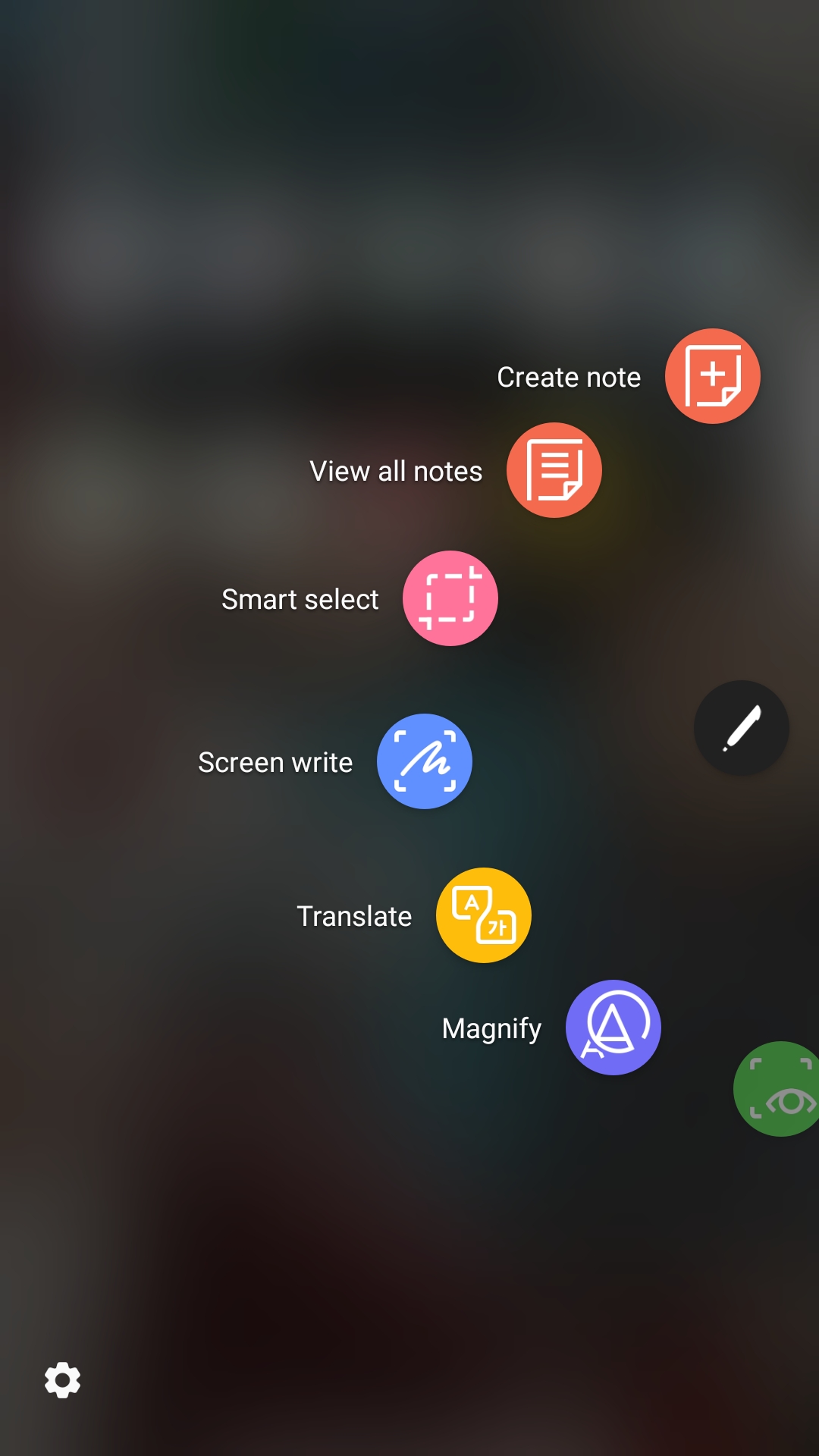 My hubby bought me a new phone a couple of months ago while he was vacationing in Malaysia. It's a Samsung Galaxy Note Fan Edition (FE), which is basically a refurbished Samsung Galaxy Note 7. You remember the ones that used to be potentially explosive? Samsung asked their consumers to return them and replaced the batteries for smaller ones. Then they re-sold them cheaper on selected markets. A very clever move indeed! I've thought about buying a Note for a long time. I got the Note Tab and I really like it, especially the S Note. However, I always felt that they are too expensive. The pricing for the FE is much more affordable, and now that I got my hands on one I thought I'd give it a short review. To start with, it got the Android Oreo update last week. The update wasn't very noticable except that my previously round icons became square ones with rounded corners. I haven't noticed any additional functionality since the update. Look & Feel The phone is quite large with a 5.7 inch screen so it's difficult to manage using only one hand. It comes with a glass screen, that I really love. The screen is smooth and the content looks amazing on it. I have a preference for glass screens, ever since I started using my first Windows phone, the HTC 8x. It just looks nicer! Storage The phone comes with a dual SIM slot. One slot is a hybrid and can be used as a memory card slot. This works well for me, since I take a lot of pictures. The internal memory is 64 GB with 4 GB of RAM and this could be enough if you don't install a lot of apps AND take a lot of images or videos. Otherwise, the memory card is a much needed option. Images 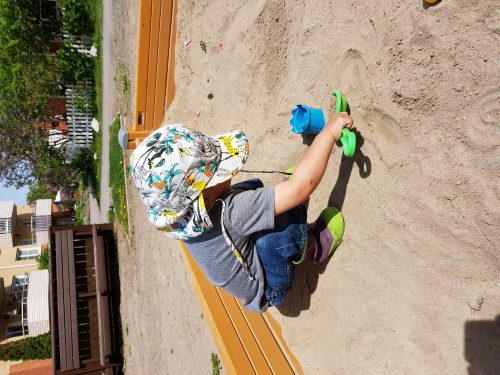 The most important thing for me when buying a mobile phone is that it has a good camera. Most high-end phones boast high megapixels or dual cameras, but for me it's more important that the camera can take pictures of objects in motion. Being a mother of children ranging in age between infant and school-goer, my favorite objects are my kids. Unfortunately it's not that easy to keep them still and have them say "Cheese" every time I want to snap a picture. Therefore, the camera needs to have some kind of stabilizer, or the functionality of starting taking the picture before I snap the button. This one seems to have both. I have been satisfied with most, but not all, of my pictures. Sometimes they do come out blurry, but most of the time, especially outside in broad daylight, they look great. There is an option of burst images. Keep the finger on the button and the camera just keeps snapping pictures. Then one can be selected and the rest deleted. Handy and nice! Samsung Pay This is a feature I've been using a lot. Load your loyalty and credit cards into the app and use the phone to make payments when you are out and about. No need to bring the card holder! Most shops (all that can be "blipped") accept Samsung Pay. The only thing I have against mine is that it only has offers in Malaysia. There doesn't seem to be any way to change regions to Sweden. So no vouchers or discounts for me until I go back to Malaysia the next time... S Note I was VERY disappointed with the pen and the software for it. I had S Note on my Galaxy Note Tab and it was a feature I used almost every day. I really loved it, especially the handwriting recognition features that could translate my scribbles into typed text or even mathematical formulas. 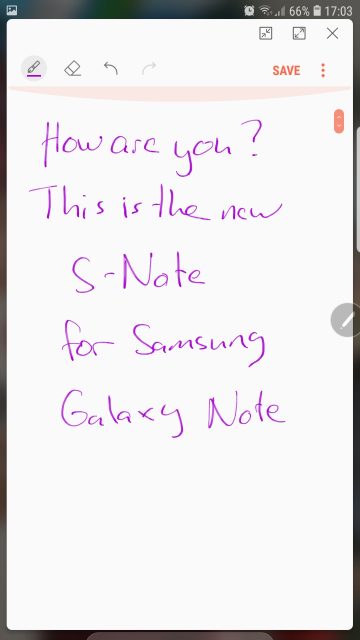 The new software for the Notes is called Samsung Notes. It seems to only activate upon removal of the S Pen. Then you get the option of creating a new note. The Note app is dull and uninteresting. It's basically just another note-taking app and it made me switch to Microsoft OneNote instead. There is no way to customize the notes itself, other than changing the pen/brush and colors. The old S Note had the option of background images, lines or squares to help you write straight, and so on. Not to mention the handwriting recognition. Unfortunately, it doesn't seem like Samsung is going to go back to the previous version. Instead, they will be continuing on this extremely basic app. It really makes the premium pricing on the Notes hard to justify. Better buy an ordinary Galaxy and install OneNote or Evernote on it, and buy a separate pen. Price The cost of this particular phone was around 2000 MYR, which amounts to around 4000 SEK. Compare this to Note 8 at around twice the price. Would I buy it for 8000 SEK or more? Definitely not.
Post Views: 1,435
Tags:Galaxy Note FEmobile phoneprylarSamsungsmartphone