My Umrah before the Hajj 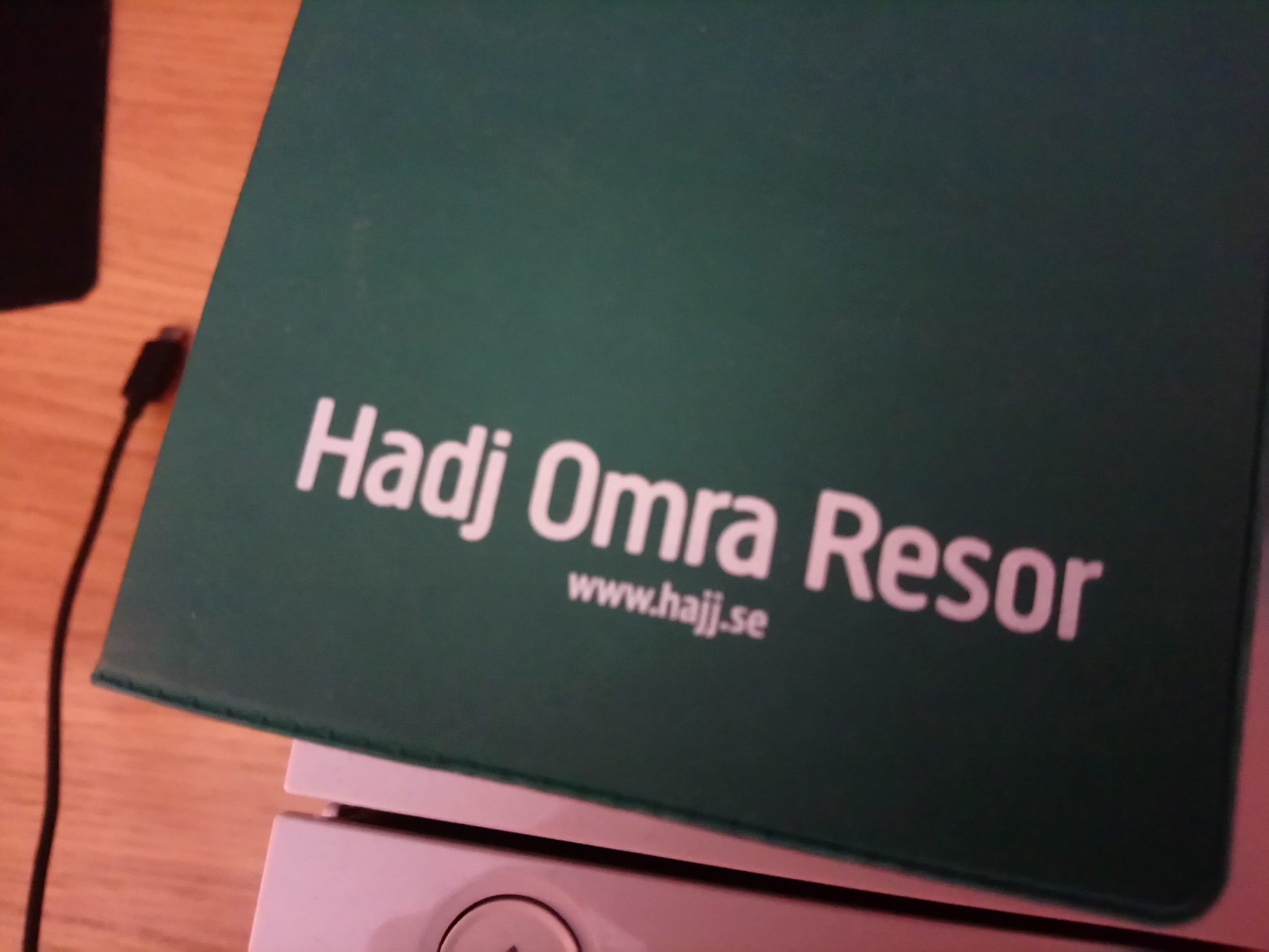 Although I was looking forward to the trip and determined to go through with it, I knew I would miss my children, and I worried that my youngest one, who was only 9 months old, would miss me as we had never been apart for very long before. On top of that, I was pregnant and at the end of my 2nd trimester, so I expected some bumps on the road. But of course, going with my parents and siblings, I knew that I would get all the assistance I might need during the trip.

The flight to Istanbul with Turkish Airlines

My Umrah and Hajj trip started on Thursday 24th August 2017. I went to the airport with my family, more than three hours before the departure and met the rest of the group. Even though we were there so early, there were already plenty of people from the group in the departure hall. The wait was very long, and when we finally got checked in it turned out we would all be separated on the flight to Istanbul, where we would transit before continuing our journey to Jeddah. I didn’t mind, and as I was used to napping with my baby in the middle of the day, I fell asleep almost immediately after takeoff at 4 pm. I woke up to eat and then I slept until we were about to land.

Turkish Airlines had a special Hajj-kit that they distributed to all passengers on the flight. It was a bag with lots of useful things inside.

After landing in Istanbul the men needed to change their clothes and we needed to pray. The praying room in the airport was completely full and so was the hall outside of it. When we got inside we saw that the reason the prayer room was full was that many had brought their luggage with them into the room and were sleeping inside. As we were on our way for hajj we kept calm and carried on. After our group had prayed (in turns so our bags were always looked after) we went to fetch food coupons. Because we were to stay so many hours at the airport the airline gave everyone food coupons for the food court, but the selection was not very large- it was pizza or burger. There was also a kebab stall there, but they had already closed by the time we arrived.

When we finished our meal it was time to prepare for takeoff and as we were going to arrive after fajr and we needed to make the niat for Umra and Hajj on the plane, we were told to keep awake for the whole flight. This turned out to be something of a challenge for me, as I was used to getting more sleep. However, as I had already slept between Stockolm and Istanbul I managed to keep awake all the way until we landed in Jeddah a couple of hours later. After arrival we were assigned to our “group leaders” who distributed our ID cards that we were supposed to wear in case something happened. The ID card had the name and phone number of our group leaders and the country we came from stamped on them.

We had been told in advance that the waiting time at Jeddah Airport could be very long, but we were lucky because we only needed to wait for a very short while (less than an hour) to go through passport control and fetch our bags before leaving the airport and waiting for the bus that would take us to Mekkah. However, before leaving the airport we had to scan all our bags again and then they were placed on a trolley that was taken by the airport staff directly to the busses. We were apprehensive to leave our bags at first, but we were told that we would not be allowed to take the bags with us, except for a hand-carry and we were explicitly told to keep our passports with us.

As we had arrived so early in the morning the heat was bearable, although definitely tangible. Some people in the group went in search of SIM cards and some were lucky to get theirs to work, while others didn´t. To buy a SIM card you have to present your passport and each SIM has to be manually activated, which takes a very long time. Most of us had copies of our passports and that works just as well as the physical passport.

When the buses arrived we were lined up males in separate busses from the females and as we stepped onto the bus we were asked to give our passports to a Saudi clerk. After everyone had gotten onboard he checked everyone´s passports, counted them, and rechecked before putting them all in a bag and taking them to an administrative booth a short distance from the buses. We were told that we would get our passports back when we were on our way to the airport after Hajj, which didn´t feel great, but that´s how it is. If something happens to a busload the Ministry of Hajj needs to know who was on the bus and where they came from.

Our bus seemed to get the green light immediately, but one of the other buses had some problems with some of the passengers and it took some time before we could all be off on our way.

The bus ride was fairly long, or so it felt. We stopped once for a toilet break and at one point we were all given snack boxes. One thing that I hadn´t expected was that the driver asked us for a tip. As I (and many fellow passengers) didn´t have any cash at the time I felt very sorry about him. Although the drivers get salaries, some portion also comes from the tips they can get from their passengers.

When the bus stopped at our hotel (Al-Azhar) the lobby was already full of people. Our rooms were on the 3rd floor (out of 11) but the elevators were constantly full, so I decided I would walk up. That turned out to be a big mistake as I didn´t know that there were four intermediary floors before reaching the 1st floor of hotel rooms! But when I had reached half-way I decided it would be faster to just go all the way up rather than to go back down or wait for an elevator. When I arrived in the room I immediately went to bed and slept until it was time to eat. We were given three meals per day at the hotel and it was always more or less the same food, except for breakfasts.

The same evening that we arrived, most of the group went for Tawaf and we finished our Umra the next morning before Fajr. Umrah includes two types of Tawaf – the first one is the regular one where you walk around the Kabaa 7 times, and the second one is walking between the mountains Safa and Marwa 7 times. That´s a lot of walking and it does strain the feet, as all of the walking is done barefoot on cool marble floors. We were lucky with the timing, as walking outdoors around the Kabaa is less warm at night, and we finished shortly before the Fajr prayers. After praying Fajr in the Great Mosque we went home.

Preparing for the Hajj

I was exhausted due to the long journey and lack of sleep, so I spent most of my time at the hotel sleeping.

The pregnancy also made it easier for me to rest and as there wasn´t much to do except for praying, eating and sleeping, sleeping was the activity I engaged in most of my time. Some of the other people in the group found some shops nearby where they went shopping, but I really wasn´t interested in buying anything until we arrived in Medina, because I had no intention of dragging more things in my bags than I needed to. My suitcase was already full and I wasn´t interested in buying a new one just so I could get a lot of souvenirs inside of it (this wasn´t my first trip to either Mekkah or Medinah, so I knew what to expect).

After our Umra, there was even less to do. Some in the group went to the mosque several times, but I decided to take the opportunity and get proper rest. I knew that the Hajj would be straining and I thought I would be better off resting, making sure that I was fit enough when the time came.

After a couple of days at the hotel, we started preparing for the next step of the journey- the Hajj. But you can read about that in the next post in this series.

Read more about my Umrah and Hajj: