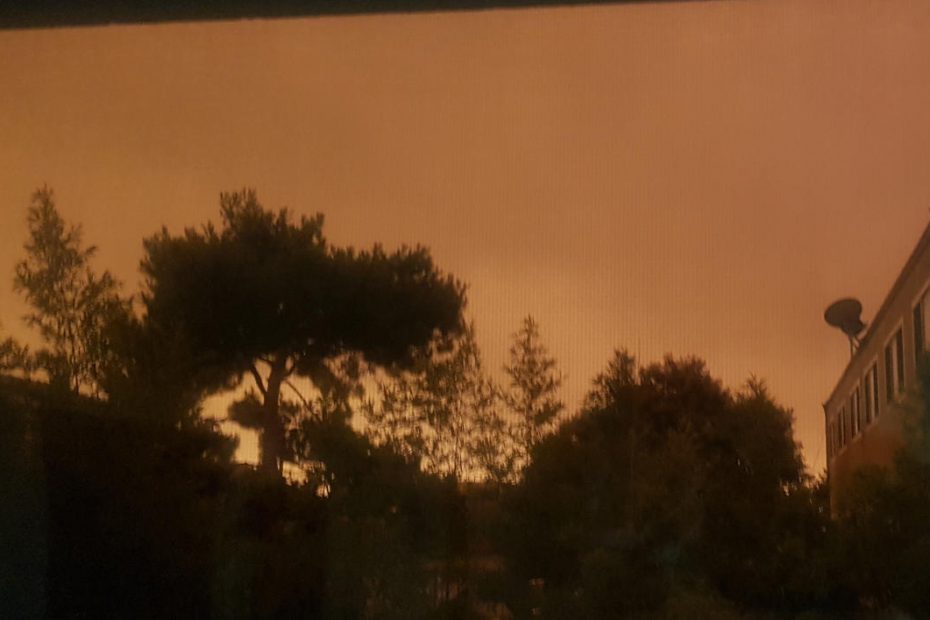 This week started off pretty bad, with a blackout for three hours (!) between Sunday and Monday. It was a very hot night – made worse by the lack of electricity (and working fans). And the following Labor day was also very hot – if not warmer than Sunday. Media outlets warned that the holiday combined with the warm weather would make another incentive for people to meet up and spread the Coronavirus. Which is reasonable, and I don´t know what happened to that. But what I do know is that the high temperatures might have played a part in the propagation of the ongoing wildfires raging in California and other west-coast states.

On Tuesday the temperature reached 42 degrees early afternoon, according to the temperature app in my phone, and getting home from work using public transport was an insanely sweaty endeavor. Although I have learned to expect it by now, there were almost no people on or near the train. Where are all the people? Are they still working from home?

Wednesday morning started off gloomy, with white-yellow skies as we are now accustomed to in the late summer months. But the white-yellow skies soon turned more orange before gradually transitioning into an orange-red color around lunchtime. This was caused by smoke and ash from the wildfires, although the air quality index showed relatively few small particles in the air. This was because the smoke was high up in the sky, and so the air at ground level was fairly breathable. It looked very dramatic though, like taken from scenes of Mordor in Lord of the Rings, or perhaps the result of volcanos erupting? Media called it a smoke-out and by three pm it was completely dark outside. It reminded me of Sweden in December – not just dark but also cold. As the smoke blocked the light it also seemed to block the heat, and so the temperature barely stayed above 20 degrees here for most of the day, and night started in the early afternoon.

Luckily, the next day was better, and the red skies proved to only be a one-time thing. Or, well in terms of thinking of the apocalypse, the next day was better. But it was much worse in terms of actually living and breathing as the smoke had descended upon us, and the small particles in the air reached unhealthy levels. So we closed all doors and windows and stayed home the whole day. Friday was even worse, and the following weekend hasn´t been great either…

So for next week we are hoping for something else, becuase what could possibly be worse than a pandemic, riots, record temperatures, widespread wildfires, unbreathable smoke, and an apocalyptic-looking outdoors? All of the mentioned (except the red skies) are potentially deadly in themselves. When (and how) could this possibly end?