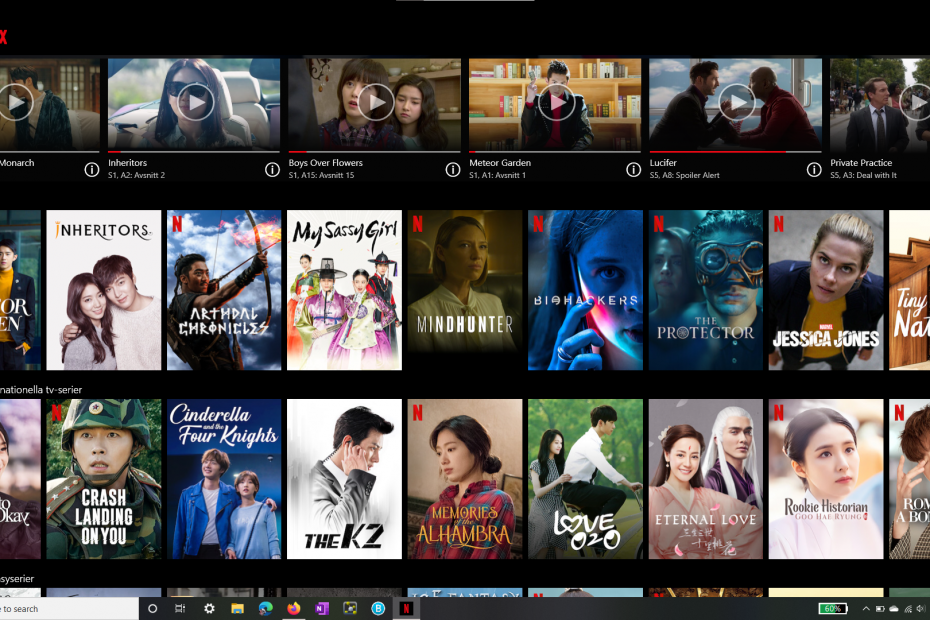 I´m so tired of watching and reading American news, so for the past week I´ve tuned it out and decided to watch dramas on Netflix instead. Although there are plenty of non-American series out there, I decided I´d like to watch something that wasn´t in English, and so Netflix suggested some Korean dramas.

My first drama series was The Inheritors, which, admittedly still contains elements of California as some of the first episodes take place in Los Angeles. I didn´t know when I started watching the series that it was shot in the US, nor if the whole series would be shot there. But I wasn´t disappointed as it transitioned smoothly into a high-school drama, similar to Gossip Girl, but Korean-style. A lot felt familiar but a lot was also very Asian, so I could really enjoy myself as I transitioned into the world of South Korean K-dramas.

After having watched the Inheritors (which I really liked), Netflix suggested I might also like the drama Boys over Flowers, which had the same male lead, Lee Min-ho. Again, I was intrigued and amused, as the story quickly drew me in and made me finish the series within days. I also grew fond of the soundtrack with the song Because I´m Stupid- sung by one of the male leads in the series- Kim Hyun-joong from the band SS501.

Having enjoyed the series, Netflix suggested I might like another Korean drama with Lee Min-ho in the lead, The King-eternal monarch was the one to go for and I wasn´t disappointed this time either. Although I only just started watching the series I´m liking what I´ve seen so far, especially the chemistry between the titular king and his captain of the royal guards (bromance). And as usual, there is the blend of drama and comedy, which all of these dramas so far have had in common.

Looking forward to more K-dramas on Netflix next week!