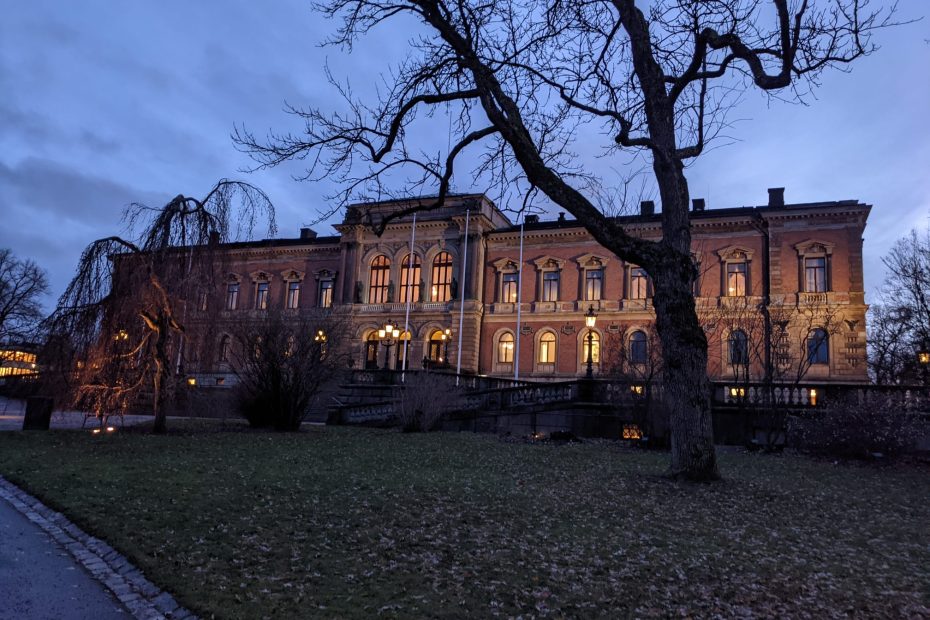 Nowadays, it’s rare to see snow before Christmas, but this year, we got snow in mid-November! It was great, and I was able to fulfill a promise to the kids from way back in hot California that we would build a snow man when we got back to Sweden. It was so much fun to build snow men, even if they were tiny this time due to the small amounts of snow that fell. The same afternoon the snow melted, and the snow men too. But the kids were happy anyways – the important thing was that they got to build their snow men, at last!

The advent of snow is also a good indicator that the days are much shorter than the nights. Here in Uppsala some of the darkness is mitigated with lots of outdoor lighting, but also spotlights lighting up buildings. The other day, I was walking around downtown and passed by the university building. I was really surprised to see how brightly lit it was, but it was really nice. Downtown the main walking street were also filled with lights hung between the buildings, not to mention early Christmas decorations.

I’m looking forward to the holidays, although we are still a month away. Hopefully, we will get to see more snow before the New Year. Who knows? Perhaps we will even get a white Christmas this year?